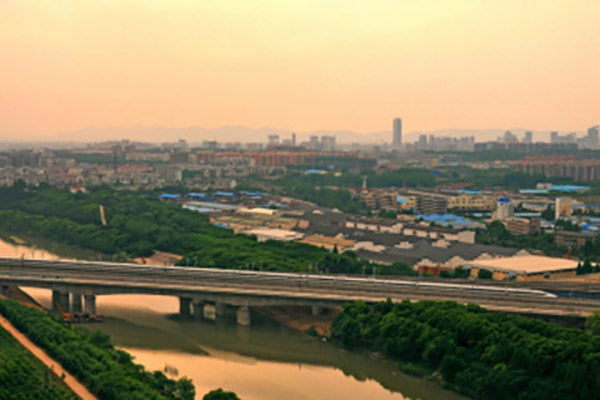 China Railway SIYUAN Survey and Design Group Co., Ltd. (referred to as SIYUAN hereinafter) was established in 1953, subordinated to the former Ministry of Railways. It was restructured from a public institution into an enterprise in 2002 and transferred from under the former Ministry of Railways to under China Railway Construction Corporation (CRCC) in 2003. In 2007, it was restructured again into a modern corporate group and was overall listed with CRCC, becoming its wholly-owned subsidiary.
SIYUAN was among the first state-level design institutes established after the founding of China, as well as one of the first organizations which have possessed Grade A qualifications for design. It is the state-validated enterprise technical center and the professional state-entrusted consultation and evaluation organization for rail and urban rail transit investment, of which the comprehensive strength ranks among the top 100 national survey and design institutions. With more than 40 survey and design disciplines and more than 20 Grade A and special qualifications, SIYUAN has been equipped with comprehensive technical advantages in serving the entire industrial chain of modern transportation construction.
During the development history of more than 60 years, SIYUAN has been actively engaged in the construction of transportation infrastructure including rail and has been the leading force of rail survey and design in China. It has designed more than 30 high-speed rail (HSR) lines with the length of more than 9,000km, including Beijing-Shanghai HSR, Wuhan-Guangzhou HSR, Zhengzhou-Xi’an HSR, Zhengzhou-Wuhan HSR, Shanghai-Nanjing HSR, Shanghai-Hangzhou HSR, Nanjing-Hangzhou-Ningbo HSR, Hangzhou-Changsha HSR,  Shanghai-Kunming HSR and Guiyang-Guangzhou HSR, making up nearly half of the HSR in operation in China. It has totally undertaken the more than 60 turnkey contracting projects of urban rail transit in 18 cities, with the business volume on top within the industry. It has established “Three Core Brands” as HSR, modern rail station building and underwater tunnel, as well as “Six Packaged Technologies” as rail network planning, rail hubs, complicated mountain rail, urban rail transit, bridges and CSEE (communication, signaling, electric power and electrification) integration.
SIYUAN has vigorously promoted the development strategy of “One Focus, Two Branches”: its operation scope covers various aspects of infrastructure construction, including rail, highway municipal engineering, urban rail transit, underwater tunnels, high-rise buildings, airports, ports, urban underground pipeline network, Sponge city construction and urban integration construction; it has built the synergetic development pattern for the seven major businesses, including survey and design, turnkey contracting, supervision consultancy, overseas projects, capital operation, real estate and high-end manufacturing.
As a group member of International Federation of Consulting Engineers (FIDIC), SIYUAN has actively exploited overseas markets and has been committed to serving for the national strategy of “One Belt and One Road”. Its operation has spread over more than 20 countries and areas in Asia, Europe, America, Australia and Africa. It has successively been awarded the honors of “National Model Organization of Moral Quality”, “National May 1st Labor Certificate of Merit”, “Advanced Collective of Central Enterprises”, “National Excellent Survey & Design Institute”, “China Grade AAA Credit Enterprise”, “National Contract Abode and Credit Oriented Enterprise”, “National Model Organization of Integrity” and one of the “Top Ten Independent Innovation Enterprises” of national survey and design industry at the 60th anniversary of the founding of China. Now, it is striding forward to the creation of an international engineering company which enjoys high reputation in the world in the transportation engineering construction field.